Home » Kent Kroeker Introduces the Minotaur to the Masses

Kent Kroeker Introduces the Minotaur to the Masses

SCOTTSDALE, AZ Jan 24th, 2016  – On a closed course in Arizona, Kent Kroeker spent the week trying out nearly 3,000 new co-drivers in an off-road course called the “Minotaur Experience” in a Minotaur RAM 1500 conversion.  None of the riders will be taking on the Baja with Kent anytime soon but if they decide to pick up a Minotaur, they might well decide to run it stock in the Baja themselves. 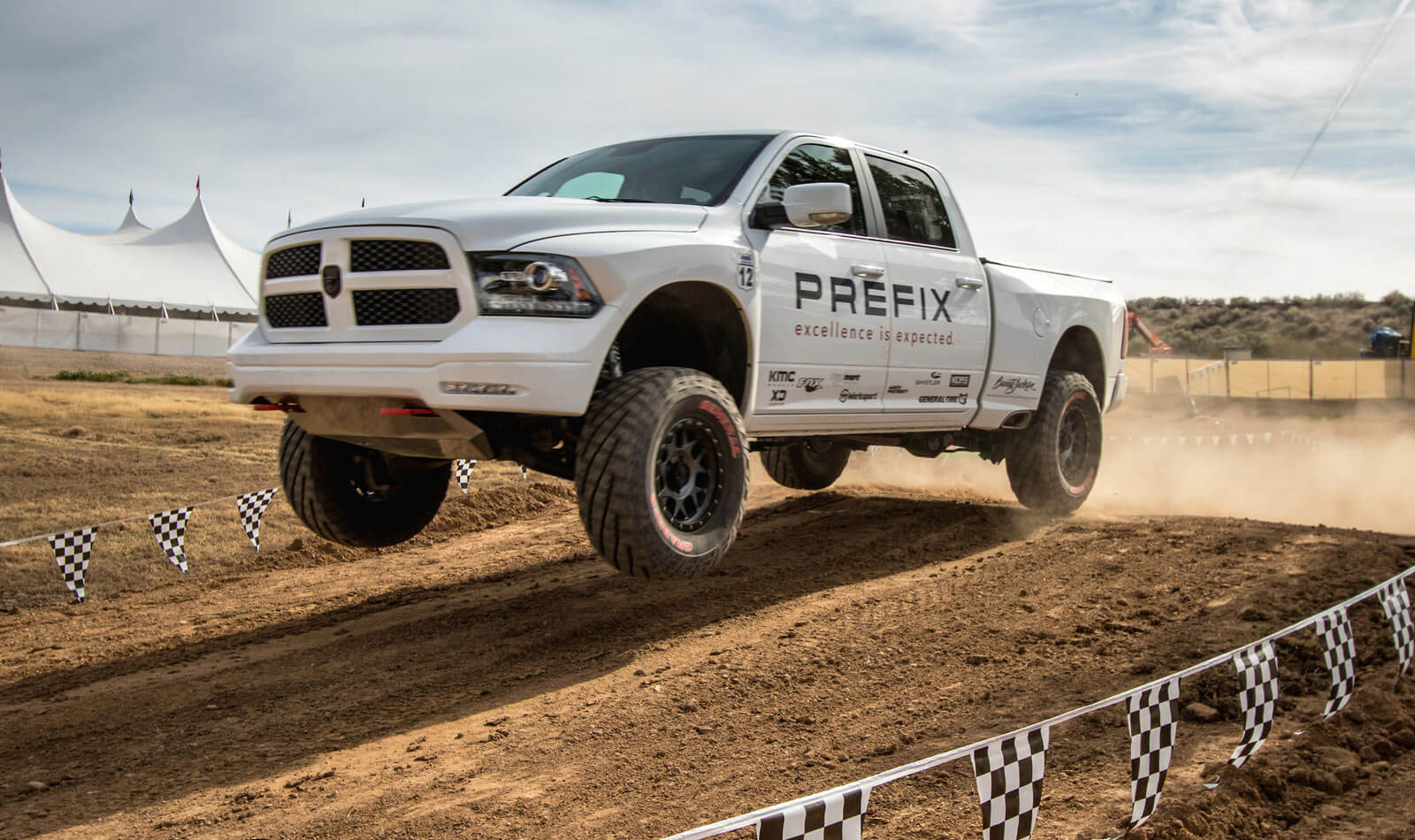 If you build it, they will come. And…they did!

Team Prefix built an off-road course called the “Minotaur Experience” for this year’s 45th Anniversary of the Barrett-Jackson event in Scottsdale. Over 100 tons of dirt was hauled in to construct the track, which included a series of obstacles designed to challenge the capabilities of the Minotaur RAM truck conversion. Our white Minotaur demo truck, which had already completed a 20,000 plus mile promotional tour, taken part in a road rally, and even driven across the United States twice, was used to give more than 3,000 people rides on the course. Each lap of the course concluded with a jump that launched all four tires off the ground, surprising guests with an unexpected soft and controlled landing, courtesy of the precision engineered KORE suspension. Over 1400 laps and jumps were completed with this one vehicle! Amazing! 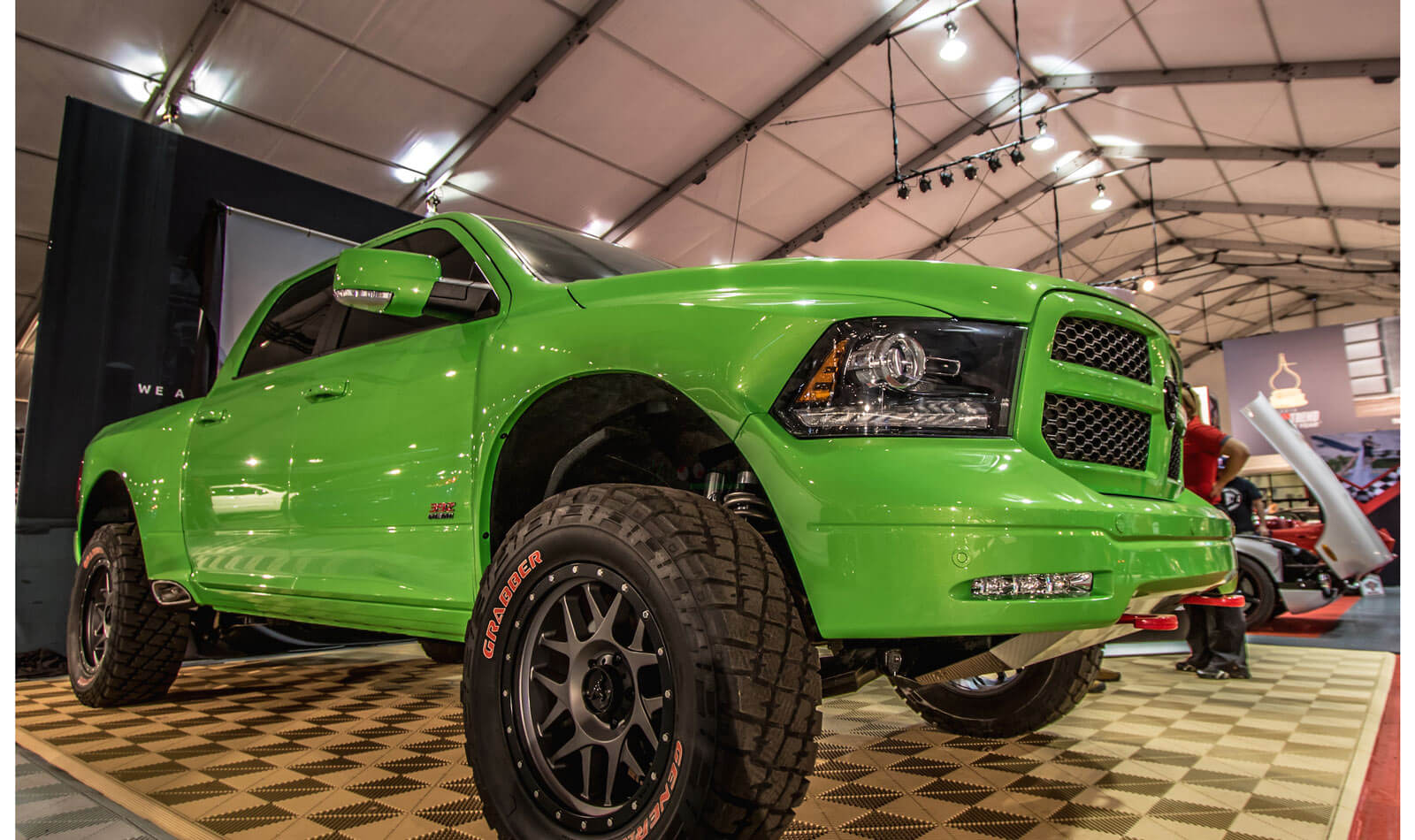 The custom painted Minotaur was a great attention-getter inside the exhibit halls during the 2016 Barrett-Jackson event. The Minotaur RAM 1500 conversion that was displayed indoors featured every possible option available on Minotaur. Custom paint, Viper side exhaust, 6.4L HEMI 392 upgrade, 20” wheels, and more. A variety of customers are now deciding on their very own color choice, including one who wants to have the first “Plum Crazy” Minotaur. Be sure to check out the PREFIX website to find the dealer nearest you to place your order.